Located adjacent to the central section of the Great Barrier Reef and 1350km north of Brisbane is the city of Townsville. Its population of 180,000 makes Townsville the country’s largest urban centre north of the sunshine coast. It should come as no surprise that Townsville is the capital of North Queensland and a major tourist destination, owing to its bright sunny climate. Throughout the year, Townsville receives 8 hours of sunshine per day on average, making it an ideal place for solar panels installation. A 1 kW solar panel can generate approximately 1819 kWh of electricity, or an average of 4.98kWh of solar energy per day, as per estimates. Winters in Townsville tend to be warm, with significant rainfall occurring occasionally. The summers tend to be rainy and wet, adversely affecting the lifestyle of people in Townsville. Nonetheless, with an average of eight hours of sunshine per day, residents of the city should seriously consider switching their homes or businesses over to solar power.

As early as 2005, the Australian government and Townsville City Council had already adopted the vision of clean and green energy whole heartedly. The Australian government launched a $94 million program dubbed the Solar Cities Program, aimed at bringing together businesses, governments and communities to not only rethink the way we produced, saved and used energy, but to also consider how current methods could best be evolved to make them more sustainable and cost-effective in the long term. The Ergon Energy-led consortium, which includes the Queensland Government and Townsville City Council, pledged to invest $15 million in the Solar Cities Program for Townsville.

This initiative received $75 million to introduce and expand the presence of solar power in Townsville, QLD. The goal was to implement distributed solar technology among other key points in urban cities. The program ran from 2005 to 2012 – 2013, which was the period of the first Kyoto Protocol commitment period. The goals of the Solar Cities Program were as follows:

50% of the cost of the Solar Cities Projects was borne by the Australian Greenhouse Office and it provided the government of Australia with an impeccable opportunity to study and trial new sustainable models for electricity supply. The success of this project meant the widespread adoption of solar power across the nation. Much of this is thanks to Townsville, which lead the way in sustainable energy adoption. 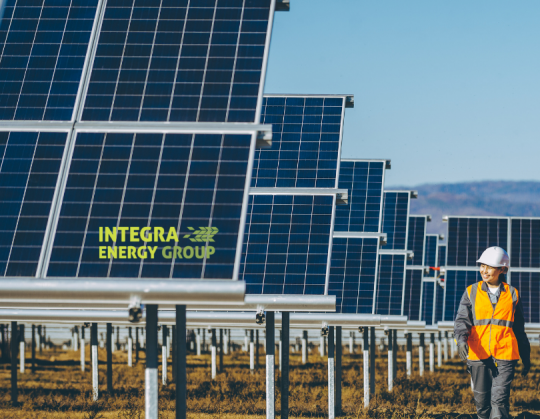 Townsville has a tropical climate, with over 300 sunny days per annum. This makes it one of the sunniest cities in Australia. Townsville has grown fast and the potential for solar power Townsville was recognised as early as in 2005. If not harnessed properly, energy supply, or at least the supply of sufficient energy, had the potential to become a major roadblock to Townsville’s development. Thus, at the onset of the Solar Cities Project, particular attention had to be paid to the supply, consumption and sustainability of energy in the city, on both a commercial and domestic level. With the incorporation of solar energy Townsville QLD, the danger associated with a dwindling power supply has been abated to a great degree. Increased dependence on solar energy Townsville, QLD and supply side management have proven to be key aspects to the future of a sustainable city. Townsville has since been leading Australia in the energy sustainability department, and as one of the largest and fastest growing cities in Australia, Townsville will likely remain a central hub for solar power. The rapid growth of solar panel companies in Townsville should be testament to this fact.

There are over 25,000 solar panel installations in Townsville as of January 2021. 24% of homes in Townsville are covered in solar panels. This number is only rapidly growing, as the city’s climate is ideal for solar power. The average summer temperature is 30.3 degrees, while the winter temperature is 24.3 degrees. The level of solar irradiation is 5.73kWh/sq. m/day. This means that the sun beams down a whopping 5.73kWh of power per square meter on a solar panel installation in Townsville per day. In case you were wondering, yes that’s a lot! So, solar power Townsville isn’t going away anytime soon. In fact, as we’ve stated many times already, it is only going to increase. The average solar power system in Townsville is sized at 5.3kW and more and more home owners are looking to expand onto their existing systems. We at Integra Solar often receive enquiries on how this is best done. One word of advice in this regard, especially for people looking to install their first solar panel system, is that adding panels onto an existing system, though possible, may end up being a costly exercise. Therefore, we always recommend that you install as many panels as your budget and space allow in the first go. A good way to ‘future proof’ your system is to invest in a 6.6kW solar system. Not only will these systems protect you against continually rising electricity prices, they will allow you to take advantage of Queensland’s currently generous solar rebates. With a constantly growing userbase and more and more solar panel companies making their way to Townsville, now is the best time to consider the switch, if you haven’t already. Integra Solar is the premier solar panel company in Townsville. We provide only the finest solar panel installations in Townsville QLD; and we have one of the highest customer satisfaction rates nationwide. Invest with Integra Solar today. Invest in your tomorrow.