How Many Solar Panels Can Save the Climate? 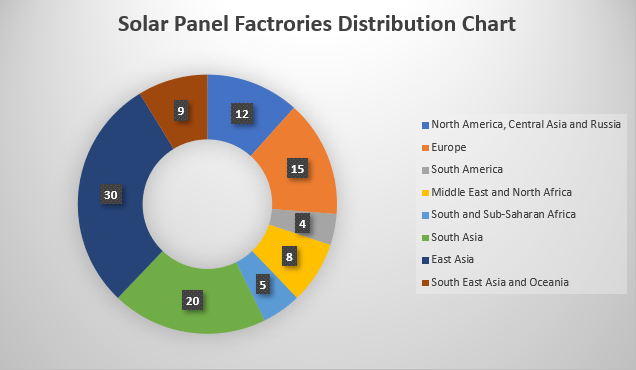 The need to decouple the global economy from fossil fuels is more pressing than ever. This is not something we can put off for another generation or two either. Achieving a net-zero greenhouse gas emission – as quickly and efficiently as possible – should be a global imperative if it already is not. In order to achieve this, we need a pathway that is:

These four factors need to coalesce in a single technology and the shift from fossil fuels to renewables needs to take place more or less simultaneously all over the world. According to Christian Breyer, professor of solar economics at LUT University in Lappeenranta, Finland, this can be achieved through solar technology. In a paper published in 2019, LUT’s cost optimized model shows that a global energy system with solar energy at its heart is our best bet at achieving the dream of net-zero emissions.  In this model, if solar photovoltaics provide 69% of the global energy demand, we can achieve this goal. The remaining 21% of the energy supply comes from a combination of wind power, biomass and waste material, hydropower and geothermal power. This model leaves only 10% of the global energy coming from fossil fuels. 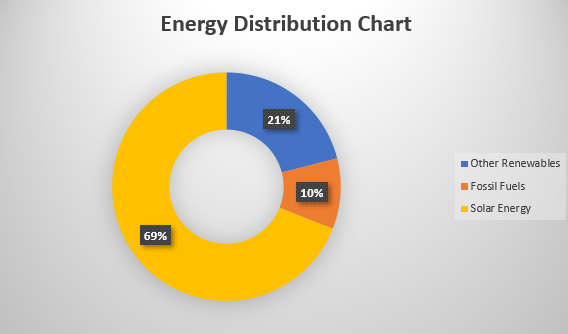 No to Nuclear Energy?

This model does not consider nuclear energy as a viable alternative because of Nuclear energy is simply too expensive. Especially when you look at the consistent decrease in price of PV systems, the contrast becomes starker. Producing nuclear energy requires massive funding for nuclear power plants, making them prohibitively expensive for most nations. To top it off, the costs of constructing nuclear plants are rising.

But let’s not stop there. Let us examine the potential of nuclear energy as a replacement or alternative to solar PV energy in detail. Can it be done? We say no, because of the following considerations:

Solar energy removes all these risks. It is easily affordable, made form materials that are, for the most part, easily available and it is safe. The worst thing you can do with a solar panel is use it as a very expensive club, and even ten it would be too unwieldy to use effectively.

What is the Expiry Date on Fossil Fuels?

The international agenda is to keep global warming at below 1.5 degrees Celsius. The LUT researchers raise two questions in this regard:

According to Piers Forster, a climate scientist at the University of Leeds in the United Kingdom, humanity can release no more than 195 billion tonnes of carbon dioxide. At current emission levels, we are due to run out of our CO2 emission quota by 2025. After this point, the world will be on carbon overshoot, and on track to potentially cataclysmic levels of climate change. We have three years to achieve net-zero without having to rely on expensive and untested methods to remove carbon from the air through geoengineering or heavy-handed carbon-drawdown measures. The current political target for the United States and Europe is 2050. This is a quarter-century too late, to say nothing of other major carbon emitters like China and India. This should be both sobering and alarming. Something has to change, and it has to change fast.

The True Cost of Coal

In the very near future (read: three years) if the world does not reach global-zero emissions, the carbon rise in going to be out of control. With each passing year, humanity will incur a debt that it will have to repay later by trying to take carbon back out of the natural system. This is very expensive and not at all easy. It would be substantially cheaper to just shut down coal power plants as quickly and efficiently as possible.

Breyer is of a similar view. In his work he highlights some statistics: Taking CO2 out of the environment and storing it will cost EUR 100 (AUD 159.05) per ton to store in the long run. By contrast, one MWh of electricity costs EUR 33 (AUD 52.49) on the electricity exchange in Germany. Now obviously the prices of electricity will vary from region to region, but you can gather the gist; coal power is four times more expensive than solar energy in the long run – or at least it will be, if we factor in the financial cost of recapturing carbon emitted from coal power plants. Economists have long since suggested that a carbon tax be levied on coal power. Meaning that the future cost of recapturing carbon should be added into coal power. Sadly, this has not been done.

And we have not yet factored in the health costs associated with heavy metal emissions caused by coal-fired power plants. They result in 5000 premature deaths in Germany every year. In Asia, the numbers are significantly higher, with well over a million deaths.

A world where there are zero emissions is a world that is run almost entirely by electricity. The LUT model foresees a world where electricity makes up 90% of our power needs. But this electricity will do us no good if the source is coal. For this plan to work, the entire system needs to be synergized in a carbon neutral manner. 69% of this electricity will (or should) be from solar energy. But in order to meet this massive demand for solar panels, the world’s nations need to invest heavily in the construction of massive PV module manufacturing factories. But the main question is, where will they be built, and by whom?

Breyer has significant input in this regard as well. Dividing the world into eight zones based on population distribution, with little care for political considerations, he has outlined the optimal placement for solar manufacturing plants to meet the needs of the area’s populations. The factories in question will have to produce enough solar panels to reach an annual generation of 63,400 GW per annum in order to achieve carbon neutrality. These factories would have to be in place by 2025, so that they can achieve their target generation target by 2035.

As a point of reference, the largest PV module factory currently undergoing construction has a generation capacity of 60GW and is being constructed in China. The LUT model postulates that we need 107 more such PV Gigafactories.

There is one major problem with the way the LUT model has distributed these factories, and that is the current geo-political scenario. For instance, he has clumped in Poland with Russia and north America. Pakistan and India, both countries locked in a nuclear tipped rivalry, are in one group, along with Bangladesh and Afghanistan. There are some strikingly obvious flaws with the practicality of this model, but then again, it assumes that people will put climate change as their top priority and forego petty political squabbles for the greater good. A noble assumption, but it appears unlikely.

If it was not already obvious by the brewing conflict in Ukraine, allow us to lay it out for you: the world is no closer to presenting a unified front against climate change than a pig is to flying. It is highly unlikely, barring an act of God, that we will have enough factories by 2025 to produce enough solar energy so as to be able to phase out fossil fuels by 2035. As it stands, by 2024, we will have only a 400GW annual production capacity and the solar PV modules installed worldwide will have a combined output of 1500GW. To achieve carbon neutrality by 2035, we will need to install 6200GW of additional capacity per annum, from 2025 onwards. As it stands, solar production capacity must be increased fifteen times to achieve carbon neutrality in time.

The only question we all have to ask ourselves now, is how we want to be remembered. There should be no doubt in our minds that the petty squabbles that divide our nations today will look like child’s play compared to the brewing calamity that is climate change. So how do we want our later generations to remember us? As a bunch of bumbling buffoons, unable to see past our own very limited and very short-sighted interests? Or as men and women of wisdom and foresight, who, while they stood on the shoulders of giants, were no dwarves themselves. Will we finally decide to change before mother nature has enough of our excess and restores the balance herself? Or will we argue, fight and squabble ourselves into oblivion? The fact of the matter is that there is still not enough urgency around the concept of climate change. We are still taking a leisurely stroll towards carbon neutrality, as if we have the time. We do not. Sadly, in all likelihood, we will achieve our goal of net-zero emissions too late, and then we will have to consider options to artificially remove carbon from the atmosphere.

What Can You Do?

This may sound like the most elaborate sales pitch ever, but there is not so much as an iota of falsehood in this assessment, and anyone is free to verify it from whatever sources they like. At integra Solar, we strongly believe in transparency, so trust us when we say, every solar panel counts. Increasing the share of solar PV energy in the global energy supply is the best thing any of us can do to help fight climate change. The more the solar industry booms, the more our incentive for expansion it will have, the more it will expand and the more traction it will gain in the international arena. While we like to say that this is no longer just about us, we are not asking anyone to sacrifice their hard-earned money for a lofty ideal. Pick up the phone today, give us a call and have a conversation with us about how solar energy can work wonders for not just your environment, but your finances too.