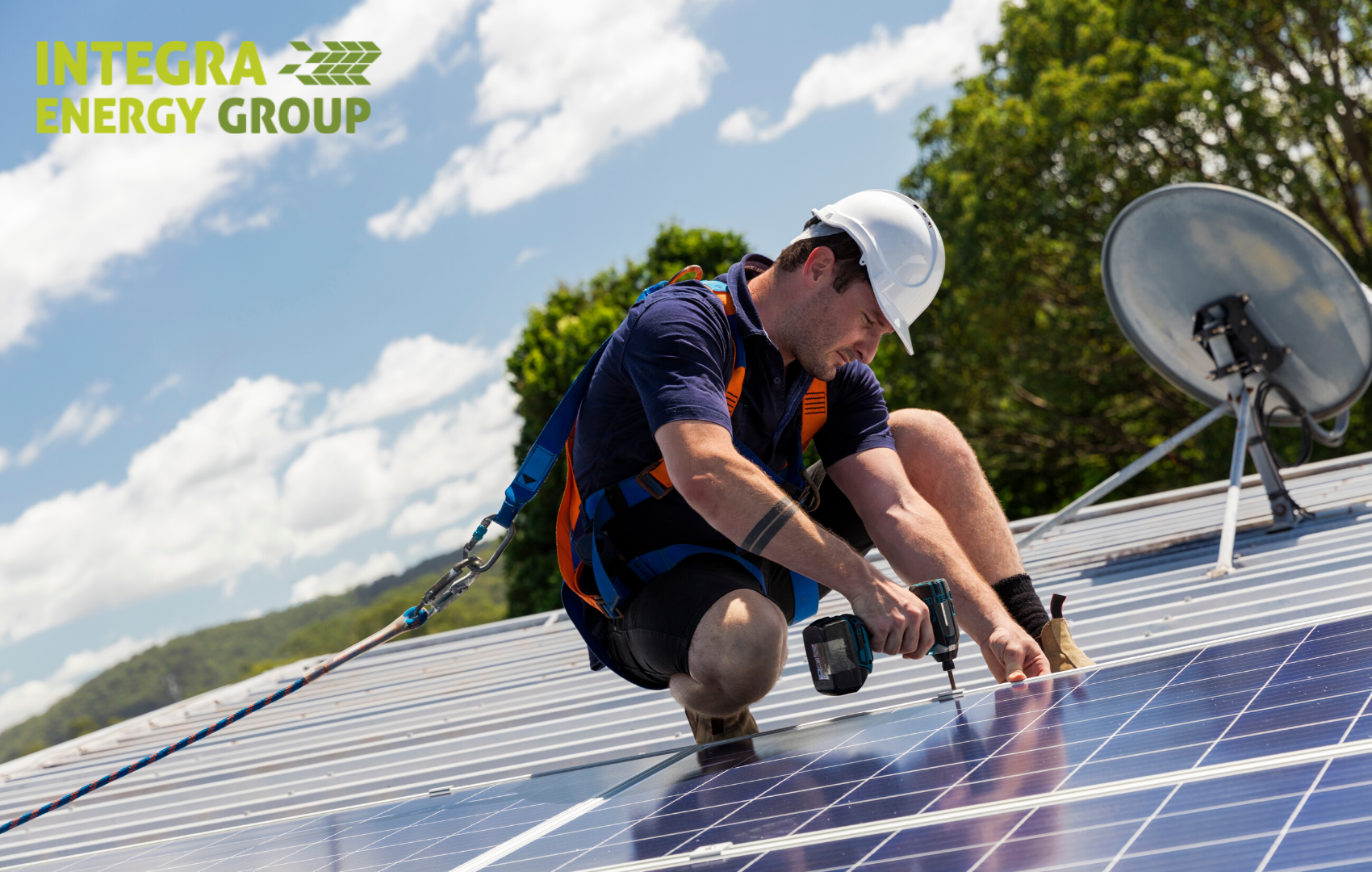 Jolywood Solar Technology Co., Ltd was founded in 2008 as a high-tech national enterprise and was successfully listed in 2014. The company’s vision is to focus on manufacturing high-quality PV auxiliary materials, solar cells, solar modules, system integration among other modules. Jolywood lays great emphasis on innovation, research and development. Today, the company has a tier-one Bloomberg ranking and it is the winner of the coveted 2020 PV Magazine Global Award. Jolywood has also won a Top3 award for financial health from Photon, signifying that the company is in excellent financial health, more on that later. The cornerstone of Jolywood’s ever-growing footprint in the PV market is the N-Type TOPCon panel, which has taken the crown from PERC as the number one solar panel option worldwide. Integra is proud to announce that through a partnership with Jolywood, these amazing panels will now be available to Australian customer for the first time. With Jolywood looking to scale up production, the cost of the company’s coveted N-Type panels will make them viable alternatives to PERC panels. Not only this, experts project that N-Type panels will overtake PERC panels in availability and affordability. This is exciting news for customers of solar panels in Australia. Because of Integra’s partnership with Jolywood, N-Type Panels are all set to become the mainstay solar panels in Australia.

Jolywood is the world’s largest N-Type TOPCon bifacial solar panel manufacturer, with a registered capital of 1.5 billion Yuan. Bifacial panels have the added advantage of being able to absorb energy not only directly from the sun but also from the back side of the panel. This allows for increased productivity and reduced architecture costs. TOPCon, which can go by many names, is an abbreviation of the words Tunnel Oxide Passivated Contacts. TOPCon type panels are made by laying a nanometer-thick layer of polycrystalline silicon between the wafer and its metal contacts. This polycrystalline layer increases the lifespan of the carrier by reducing the charge recombination between the silicon wafer and its contacts. The result of this intricate design is an increase in efficiency of up to 0.5%.[1]

What this means for real-time performance is that N-Type cells tend to degrade much slower with time than PERC panels. This is perhaps the most impressive aspect of Jolywood’s panels. The company guarantees that its solar cells will provide a power output of 87.4% even after 30 years of operation and this is reflected in the panel’s 30-year output warranty. Jolywood’s confidence is a testament to the N-Type’s resistance to LID or light-induced degradation. Light-induced degradation is a result of the formation of a boron-oxygen complex. The complex acts as a recombination centre for photo-generated carriers, causing leakage current. N-Type panels prevent this by limiting the use of boron doping to the already thin emitter, hence reducing the formation of the boron-oxygen complex. N-Type Panels beat out PERC in all aspects and are clearly the future of solar panels in Australia. The superiority of these panels is reflected in their extended warranty and significantly reduced Light-nduced degradation.

Jolywood’s N-Type TOPCon bifacial solar panels have a capacity in excess of 3GW. TOPCon cell technology has rapidly emerged as a rival to mono PERC modules and in recent years it has become the leading next-generation option for solar customers. N-Type architecture has beaten out PERC in every performance parameter. It has a superior temperature co-efficiency and this is reflected in the power outputs of both panels. Furthermore, the N-Type has successfully been deployed to Oman, where the 105 MWac Amin Solar PV project has achieved several milestones. It is currently the largest project in the world to make use of TOPCon cell technology, which was supplied by Jolywood. Jolywood has complete and independent property rights for the N-Type TOPCon bifacial solar panel. The company has applied for 99 related patents, which include 58 granted patents and PCT5 items. In addition, Jolywood has maintained healthy and long-term cooperation with internationally renowned IMEC institutes like Sun Yat-sen University and Shanghai Jiaotong University. What this means is that the company’s R&D department is top-of-the-line, and probably going to remain so, for the future.

On the production landscape, things are also looking good for Jolywood. The company is among the largest suppliers of N-Type TOPCon PV modules. Jolywood has been expanding its global footprint by embarking on projects in the Middle East. Currently, Jolywood has projects in Dubai and Oman.[2] In the latter, Jolywood supplied 150MWac of N-Type high-efficiency bifacial modules to a Japanese Corporation’s PV power plant.[3] This project marks Jolywood’s establishment as a major player in the global PV industry. The Middle Eastern market is subject to rigorous competition. By establishing itself in the lucrative markets of both Oman and Dubai, Jolywood has cemented its place as a high-quality company, ready to meet the challenges of modern industry. Customers should not be overly concerned with the company’s financial health and long-term stability. The company clearly has what it takes to compete with the best and come out on top. Zhipeng Liu, Jolywood’s Middle East head stated in an interview with PV magazine that the Omani contract was initially planned for another company, and was only given over to Jolywood at the last minute, once the efficiency and superiority of the N-Type module were adequately demonstrated. Initially, the client had reservations about the N-Type’s performance, as a massive roll-out on this scale was unprecedented, but their reservations were allayed through extensive research.[4] Liu attributed this success to the N-Type module. Furthermore, Jolywood executives were confident that their company would win more contracts in the Middle East. This optimism was certainly not unfounded, as Jolywood won contracts in Dubai and is also eying other projects in Saudi Arabia and other GCC countries. With non-GCC aligned members like Lebanon, Iraq and Jordan also lining up to expand their PV industries, the time is ripe for Jolywood to build on these successes and expand its footprint further.

Jolywood’s UAE deal encompassed 320MW of its N-Type bifacial solar modules, acquired by a plant being built in Dubai. Deliveries began in two stages, with the first stage being completed in the second half of 2020 and the second phase being scheduled for 2022. To date, the Dubai project is the company’s largest overseas N-Type bifacial power plant project. Coming on the heels of the Oman project, this marks a major milestone for the company and cements its position as a major supplier in the future.

Since its creation in 2008, Jolywood progressively reached its first milestone in 2014, when the company went public. During the 2011-2013 crunch, when most PV companies were struggling. Jolywood made its way to IPO, focusing on backsheets. Today, the company is the world’s largest backsheet manufacturer with a 30% global market share. Yet instead of stopping there, the company expanded into cell and module manufacturing. Innovation is currently at the heart of Jolywood. While the company has solid footing, resting on the three pillars of N-Type cells, backsheets and power plant development, Lin Jianwei, the company founder, believes that the future lies in further developing N-Type cells. Lin believes that Jolywood paid a higher price for its trailblazing ways, being the first large-scale manufacturer of the TOPCon and N-Type cells, but it has also set the industry standard. Through six years of patent accumulation and incessant research and development, Jolywood holds a considerable advantage over later entrants in this field.[5] For the future, Jin highlights a lack of investment in power plants as a major area that requires improvement.[6] Aside from this, the company will be focusing on another trinity of development areas. These include ‘auxiliary materials, high-efficiency cells and solar applications.’[7] Another major aspect where Lin wants to focus Jolywood’s considerable R&D Capacity is project life-cycle loss caused by increases in temperature. A 1℃ increase in temperature can drop power output by as much as 0.5-0.6%, and a 20-30℃ increase in temperature reduces power output by 15%. Jolywood’s superior engineering means that power output reduction is limited to 0.3% and 9% in both cases respectively. This is a considerable lead over standard panels, but Lin believes that ‘being prepared ensures success and being unprepared spells failure’. The goal is to ensure that Jolywood retains its competitive edge in the market and continues to expand and grow.

Jolywood has earned recognition from the United Nations Development Program, which has promoted the use of the company’s N-Type TOPCon bifacial modules in green energy products. The company’s Niwa series of panels reach the industry highest power output of 460w and is the lowest LCOE solution. Other strategic collaborations established by Jolywood include partnerships with large-scale industry groups like National Power Investment, Yellow River Hydropower and Shanghai Electric

At this point, there is no denying the advantages of TOPCon N-Type over Crystalline Perc Technology. Higher Module and Cell Efficiency, No LID, Low-Temperature Coefficiency just to name a few. In light of all the advancements made by Jolywood, and their commitment to clean, renewable energy, Integra Solar is proud to introduce this global powerhouse to the N-Type Cell Australian Market. There is no doubt that N-Type is a technologically superior product, with its longer life and higher output. Sadly, up until now, this phenomenal product has been out of reach to Australians due to price considerations and the dominance and monopoly of one brand. Integra intends to change that with the introduction of these panels to the Australian market. Integra Solar has the Power to create an alternative, giving Australians an affordable choice!