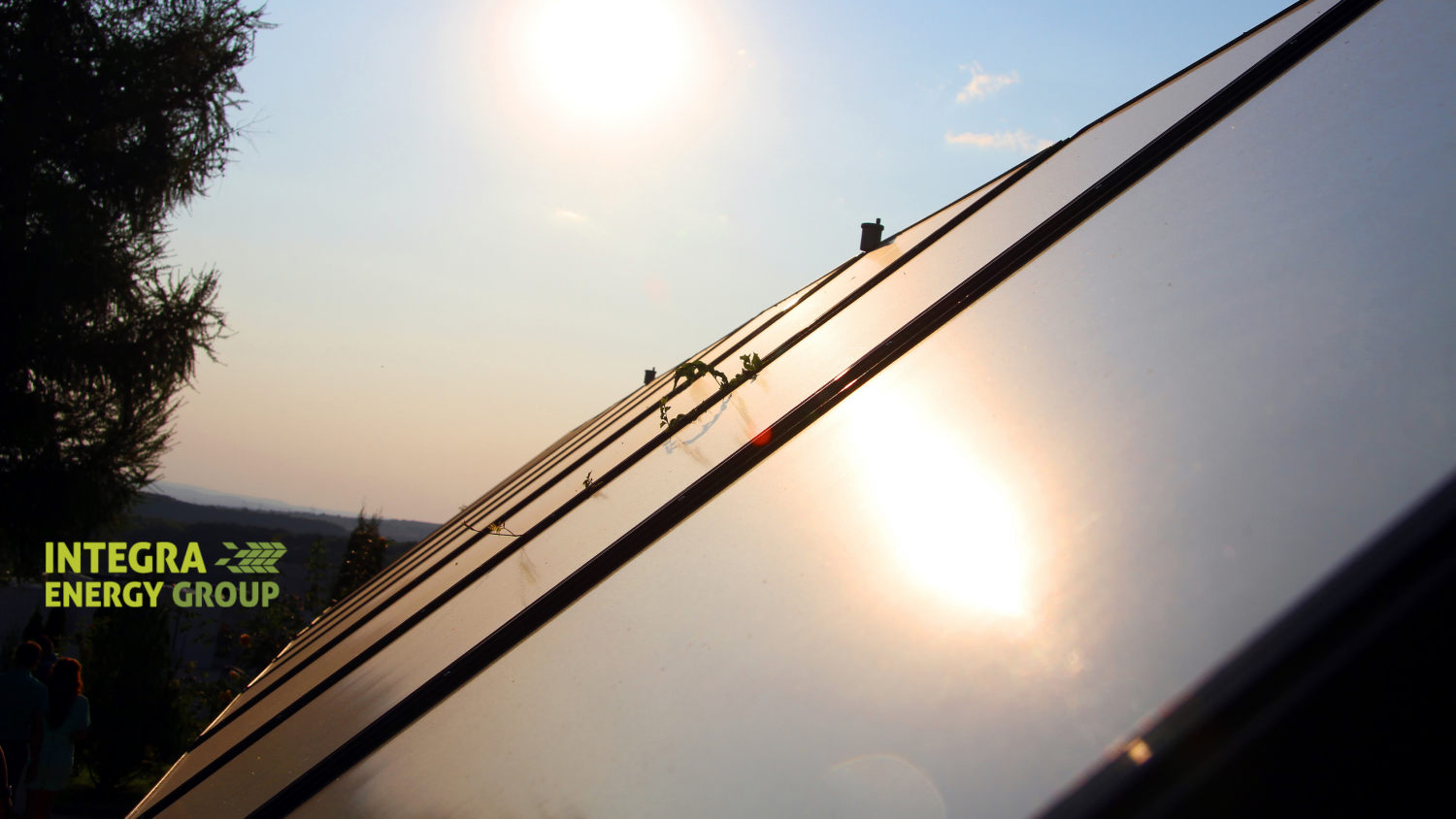 LONGi Solar was founded by parent company Xi’an LONGi Silicon Materials in 2007. It initially focused on the development and production of mono silicon wafers. These wafers are essential components in solar panel manufacturing and are used by many manufacturers. However, that is not all LONGi makes. The company has since entered the field of PV Module production. As of 2020, Bloomberg NEF has dubbed LONGi as the fastest-growing PV Module manufacturer in the world, with an estimated production capacity of 18GW in 2020. This also makes LONGi, with production sites in China, Vietnam and Malaysia, the largest solar panel manufacturer in the world. However, LONGi has been sticking to its roots, and silicon wafer production still outstrips solar panel production. Among LONGi’s strategic goals was their intent to achieve a production capacity of 45GW of wafers by late 2020. It is unclear as of yet whether this goal has been reached, but considering the company’s record of accomplishment, it would not be surprising if it has.
LONGi is among the many companies to partake in the solar panel industry’s boom in Australia since 2017. It currently has an office located in Sydney, making LONGi products more accessible to the Australian market. In PV ModuleTech’s Bankability Rating for Q3 2020, LONGi was the only solar panel manufacturer to receive an AAA rating. Among the other accolades, LONGi has won, are a Tier 1 Bloomberg ranking and 4/4 rating from PV Evolution Labs. One thing to note here is that a Bloomberg Tier 1 ranking should not be construed as a verdict on the quality of the solar panels made by a company. A Bloomberg ranking serves as an indication about whether a company is large and well known. Its bankability and financial health are determined based on data, publically released by the company. PV Evolution Labs, on the other hand, independently tests solar panels and their reliability. DNV GL supports all tests conducted by PV Evolution Labs, and they are voluntary. A company must pay to have their panels tested, and the testing process is comprehensive and internationally renowned. So between the Bloomberg ranking and PV Evolution Labs rating, we can get a clear picture on not only how LONGi performs as a company, but also how their products perform in an ever-growing and increasingly competitive market.
It has been something of a trend with solar panel manufacturers entering the Australian market to first establish distribution channels, while customer service takes a backseat. This has often led to many dissatisfied customers trying to contact a head office in China to deal with any end-user complaints, or to make a claim on their 10-year product warranties. Language barriers notwithstanding, it is not hard to imagine the difficulty one would face in such circumstances. Other issues involve relying on third-party installers to set up systems for local use. The problem with this is that these installers are not always as robust as the products they buy. It is not unheard of for a solar distributor to run out of business and close down because well before the life of the system they are installing will expire. To mitigate these problems, LONGi has opened an office in North Sydney. This not only makes them more accessible but also reduces reliance on third-party installers.
There is no doubt that LONGi has reached new heights as one of the World’s Leading Mono Cell Innovators. It seems their only motivation is to squeeze as much energy out of the smallest available space and this is exemplified in their latest offering Hi-MO X. 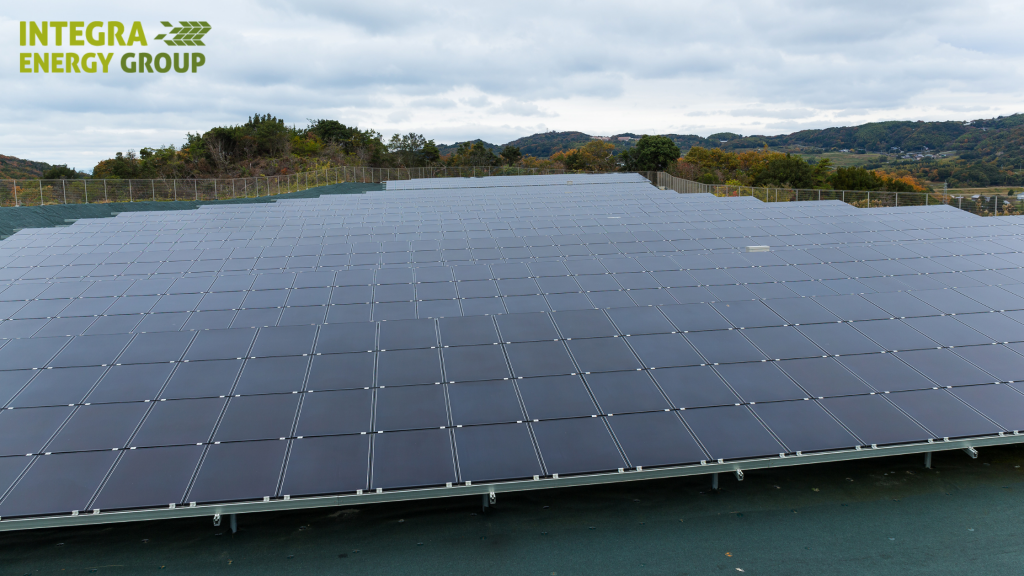 LONGi specializes in monocrystalline PERC solar panels. Keeping in view their history of producing single-crystal (mono) silicon wafers for almost twenty years, it is a safe bet that LONGi’s solar panels are of a decent quality. LONGi’s products fit in the midrange category, i.e. they offer high-quality products, albeit without the premium price tag and twenty-five-year warranty. However, at their price range, LONGi solar panels tend to outperform their peers, being more efficient, courtesy of the company’s leading-edge in cell-technology.

Mubasher Saddique, CEO of Integra, was all praise for LONGi. He not only praised the quality of their products but also applauded their ability to deliver high-quality goods at an affordable price.
Integra has been a longtime supporter of LONGi for many years promoting and distributing their technologies around Australia. Mr Saddique’s vision in adopting LONGi as a spearhead Product for Integra has contributed to its nationwide popularity. Merely twelve months ago, most Australians would not have even heard of LONGi, but today, one in three customers asks for LONGi panels by name. LONGi’s brand has rapidly grown in only one year.
Something that sets LONGi panels apart from other mid-tier panels is their ability to retain power capacity during their lifetime. This slower power degradation makes LONGi a decent mid-tier choice for personal as well as commercial use. The warranted degradation of LONGi’s Mono module panels is 0.55% per annum and 0.45% per year for Bifacial module panels. Traditional Bifacial panels suffer from a 0.7% degradation per year. This means that LONGi’s Hi-MO3 and Hi-MO4 mono modules will end up producing 1.85% more after 10 years of use, and 3.35% more after twenty years of use.
All LONGi’s Hi-MO3 panels come with an industry-standard performance warranty of twenty-five years and a ten-year product warranty. The newer Hi-MO4 series of panels come with a twenty-seven-year performance warranty and a twelve-year product warranty.
The Hi-MO4 range is the same module as the Hi-MO3 range, with a few adjustments to boot. The most prominent of these changes is that the cell surface area has been increased by 9%. This results in a slight increase in overall size, and an additional busbar is included to accommodate this increase in size. The result of this increase in size is a fractional improvement in product efficiency. Nonetheless, for mundane use, both the Hi-MO3 and Hi-MO4 will occupy a similar, if not identical, surface area for the desired array output.If space is a limiting factor, LONGi’s best shingle-cell mono option is the LONGi Solar Hi-MO X. The Hi-MO X ensures maximum power output in a given area. To achieve this, it makes use of overlapping monocrystalline wafers. Even though it has similar module dimensions to the Hi-MO3, the Hi-MO X provides greater power from a lesser surface area, effectively breaking into the 20% module efficiency ranks.
So far, everything seems to be going in LONGi’s favour, but that is not to say that it is all rainbows and sunshine. Far from it, there are serious considerations to make when weighing whether one should invest in a LONGi module, especially for long-term use. Given the price and life expectancy of modern solar panels and the booming solar panel industry in Australia, it is probably a safe assumption that most customers are not investing short term. Far from it, solar panels are meant to be long-term solutions to short-term problems. Therefore, any investment in solar panels must take into consideration a few vital pieces of information. It all starts with LONGi, the company itself.

This is true that LONGi Solar is the biggest solar panel manufacturer in the world, and that the company has excellent balance sheets and a solid financial footing, all coupled with immense and rapid growth. Like almost every other Chinese company, LONGi employs the “mass production, minimal cost” model, and by the look of their balance sheets, it works wonders. In 2019, LONGi shipped 7.394GW worth of solar cells. To put that in perspective, an Australian home uses a 6.6kw system on average. In 2019 alone, LONGi shipped enough panels to power 1,120,303 Australian homes.

Looking at this from another angle, in 2019, Australian homes and small commercial markets collectively installed 2.1GW worth of solar modules. In the same year, LONGi sold enough solar cells and modules to be able to cater to the entire Australian market (domestic and small commercial) three times over.
Now, these numbers are impressive, so why is there reason to be concerned?

The first reason to be concerned is about the company’s booming production lines, as strange as it sounds. Sure, LONGi is a booming solar panel company, and therein lies the problem. LONGi Solar is only a solar panel company. Other major companies like Phono, Q Cells, Hyundai, and LG have multiple sources of revenue, including a wide range of services and industries. LONGi has only one revenue stream, and impressive as it is, can it endure? LONGi is an ideal example of a simple complex system. A system that presents the illusion of being complex, but is very vulnerable to a cascading collapse. To put it in simple terms, the “solar boom” will not last forever, and with no diversity whatsoever, LONGi will not be well placed to evolve once the boom turns into a bust. Normally customers would not have to take long term considerations like this into account, but should someone invest in a piece of hardware that has a twenty-plus year warranty, it becomes worth paying attention to if the company selling this product has, or will have, the financial health to make good on that warranty, should it ever be necessitated.