Can Your Solar Panel Systems Run on Cloudy Days? How About at Night? 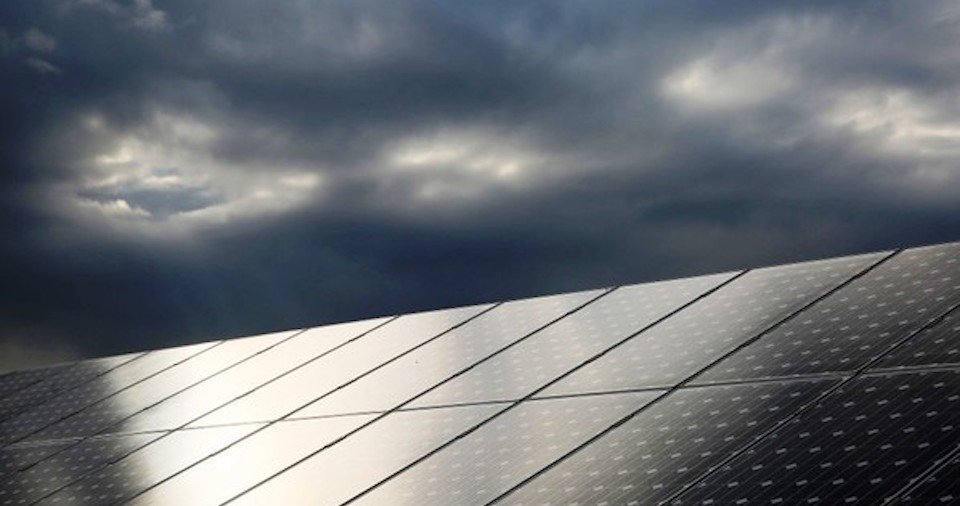 Can Your Solar Panel Systems Run on Cloudy Days? How About at Night?

Solar Panels harness the unlimited energy of the sun to create energy. Yes, the sun’s energy technically isn’t unlimited, and it’ll run out in another 10 billion years, but that might as well be an eternity. The hint, however, is in the ‘solar’ of solar energy. Solar panels need the sun to produce energy, so you’d be forgiven for rolling your eyes at the topic of this blog. But bear with us, and let’s look at how solar panels are evolving and how they operate in conditions of diminished sunlight. Some of these answers might just surprise you!

In this article, we will address the following questions:

So, without further ado, let us begin!

Solar panels use sunlight, both directly, and indirectly, to generate electricity. This allows them to continue to function even when sunlight is partially blocked by dense cloud-cover, rain, snow, or other forms of precipitation. If some sunlight reaches the earth’s surface, solar PV systems can generate electricity from it, albeit in a diminished capacity. So, yes, while solar panels will generate electricity on a cloudy day, they will not be nearly as efficient as when exposed to direct sunlight and/or high levels of solar irradiation. Generally, the same holds true for the night-time. Solar panels produce very little energy at night for the most part, but this may change soon. (Stick with us to find out how!)

Nonetheless, diminished returns do not mean that your solar panels will be completely useless at night or on cloudy/stormy days. In fact, Tasmania gets the least solar irradiation in Australia, yet it has one of the best solar output signatures of the whole country! This has to do with smart panel installation practices and stringent quality control, and the use of support systems and backup technology, like net-metering, feed-in tariffs, and battery storage systems. Battery systems can act as wonderful fail-safes to draw on when the weather gets unpredictable. They can also extend the usefulness of your solar PV system to the night-time, making them useful at night by providing you with stored solar energy. This way, you know that your expensive solar panels aren’t just glorified roof tiles when the sun isn’t shining! Feed-in tariffs or net metering allow you to return excess energy to the grid. So, when you do have to rely on the grid on cloudy or rainy days, or even just at night, the cost of electricity will be considerably reduced. 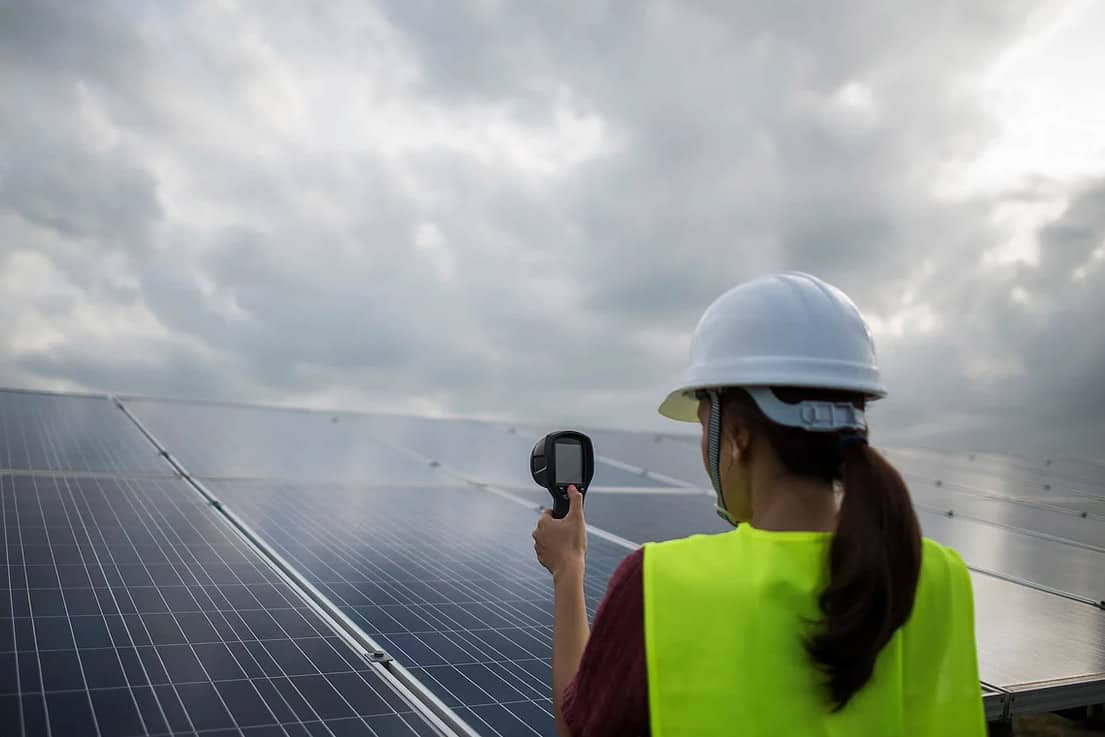 How Exactly Do Solar PV Systems Work on Cloudy Days?

Clouds and solar PV system output are inversely proportional. The more clouds there are, the less your solar panels will produce electricity. Solar panel efficiency is directly proportional to the amount of sunlight they receive. Silicone based solar panels (which are by far the most widely adopted solar panels world over) lose 30-40% of their power output if their modules are shaded by 20-30%. Nonetheless, modern solar panels are designed to make the most of indirect sunlight as well. Even in the absence of direct sunshine, your panels will continue to work. There are still ways to use your solar energy, though, as we have mentioned above. Even when the sun isn’t shining, battery systems and feed-in tariffs can be used to supplement your power. If your energy system is large enough, you can try and completely go off the grid. But for the most part, we’ve found that energy systems from 6.6 – 10 kW are usually enough to fulfil most customer’s energy needs. Since Australia is mostly a sunny country, most days your solar panels will be producing more energy than you can use. This is the best time to store up energy and use it at night or save it for rainy days. If you don’t have a battery system, then net metering is the way to go. Net metering allows utility companies to give customers credit for all the energy they supply to the grid. These credits can go towards reducing a consumer’s energy bills, or a customer can ask to be paid in exchange. Net metering laws vary from place to place, so you want to check with your local laws what the best options are for you. Every state in Australia does offer net metering, either through compulsion because of local legislature, or voluntarily. Either way, net-metering is an excellent solution to bolster your savings from solar energy.

Solar Panels in Cloudy Climates: Do They Make Sense?

Just because solar panels may not be as effective on cloudy days does not mean that they are unsuited to cloudy climates or areas that tend to have less sunny days. In fact, some of the highest outputs of solar energy are from areas that are not necessarily the sunniest. Portland, Oregon in the U.S, for example, ranked 21st in that country for the total number of PV systems installed. In Australia, Tasmania has one of the highest outputs of solar energy in the country, but like Portland, it is rainier and usually more overcast than other areas. There are three reasons that tend to cause this to happen: 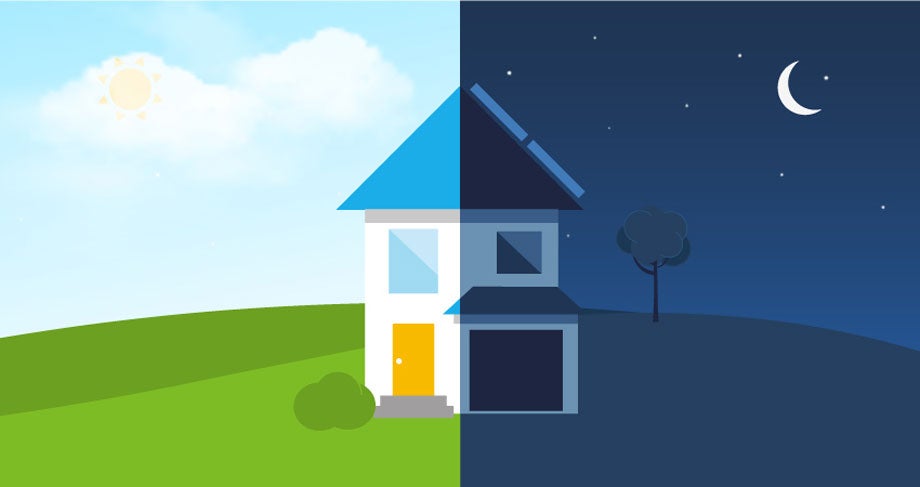 Solar Panels Minus Solar: Can PV Systems Run at Night?

So, can solar PV systems operate at night? Kind of. We should make one thing clear before proceeding ahead. Solar panels will always rely on sunlight, and they will only ever reach peak performance during peak sunlight exposure. Solar panels work on a principle called the photovoltaic effect. This effect requires the light of the sun to activate the cells and generate the electron flow we call electricity. Without sunlight, this process cannot begin, nor should we expect it to. Nonetheless, that does not mean that they must be useless at night. Modern solar panels can make use of ambient light to produce small amounts of electricity even at night. But be aware that this will not be enough to power your devices, and you’re better off not accounting for it at all.

Streetlights are a good indicator about whether your solar panels are generating any electricity late in the evening. If the lights near your house are on, then it means that it is probably too dark out for your panels to be making any energy. If this is the case, then congratulations, your solar panels are very expensive roof-tiles. If the streetlights are off, then your solar panels will probably be producing energy. This rule of thumb applies whether the sky is clear or cloudy in the evening and is a good measure of when your system ceases to work.